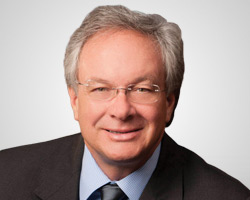 Mark is a Manhattan Institute senior fellow, a faculty fellow at Northwestern University, and partner in Cottonwood Venture Partners. He is author several books: Digital Cathedrals, (2020), Work In The Age Of Robots (2018), The Bottomless Well, (2006). He served as chairman and CTO of ICx Technologies helping take it public (2007 IPO). Earlier Mark served in the Reagan White House Science Office, and prior to that was an experimental physicist and development engineer in microprocessors and fiber optics.