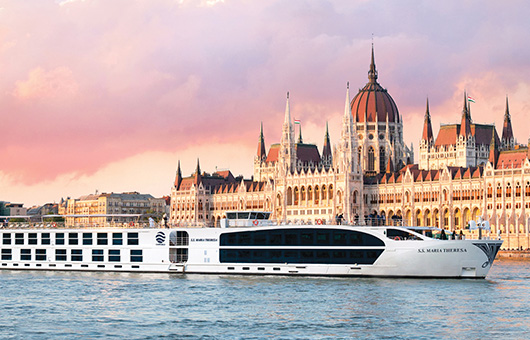 Deemed “Best New River Ship” by Cruise Critic editors in 2015, the S.S. Maria Theresa features luxurious accommodations and numerous personal touches, ensuring a truly indulgent and unforgettable voyage. In Cruise Critic's words, this resplendent ship “is regal in its opulent 18th-century decor, a floating homage to the former Austrian empress....Besides indulgent dining and an elegant atmosphere, this is one of the prettiest ships out there.” Named in honor of one of the Habsburg Empire’s most beloved rulers, the magnificent S.S. Maria Theresa cruises the Rhine, Main, and Danube rivers in grand Uniworld fashion.